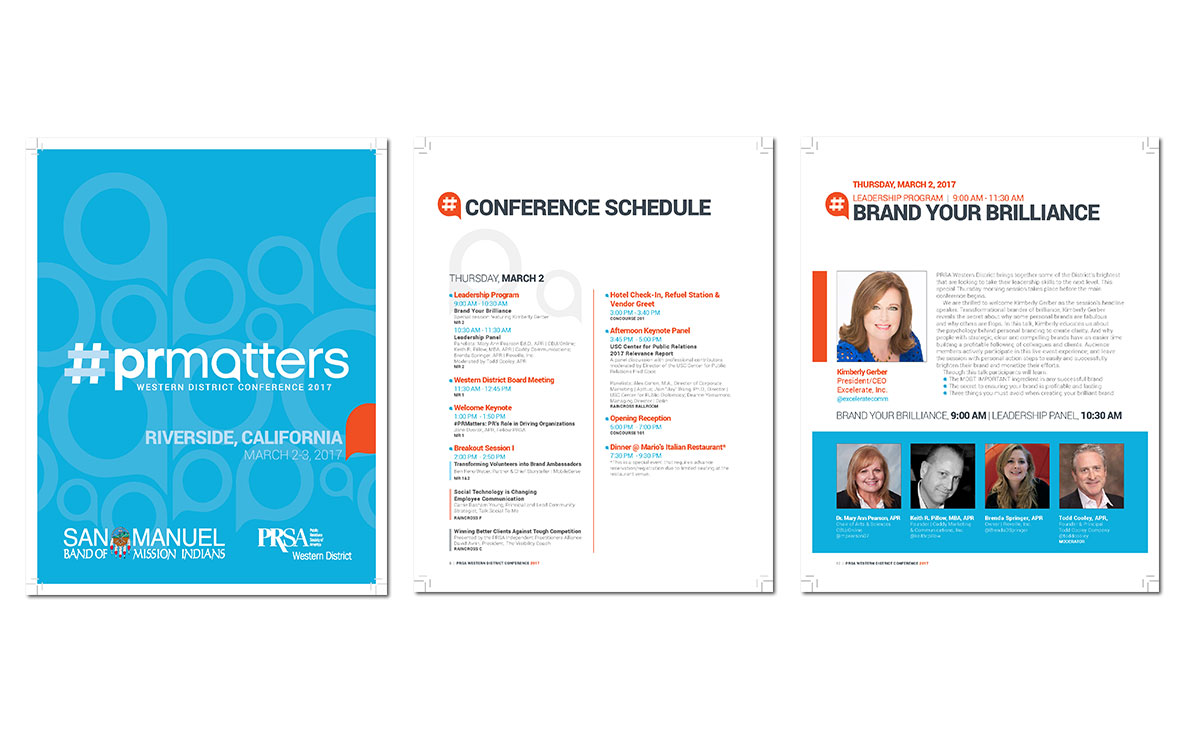 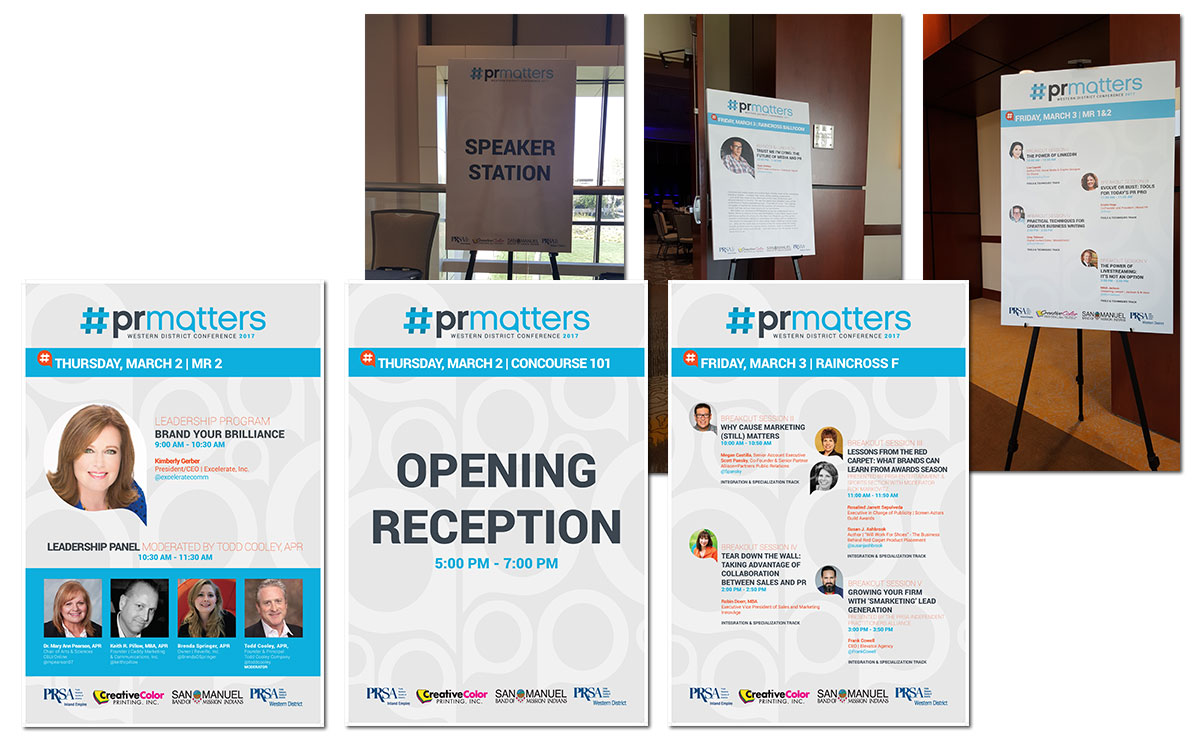 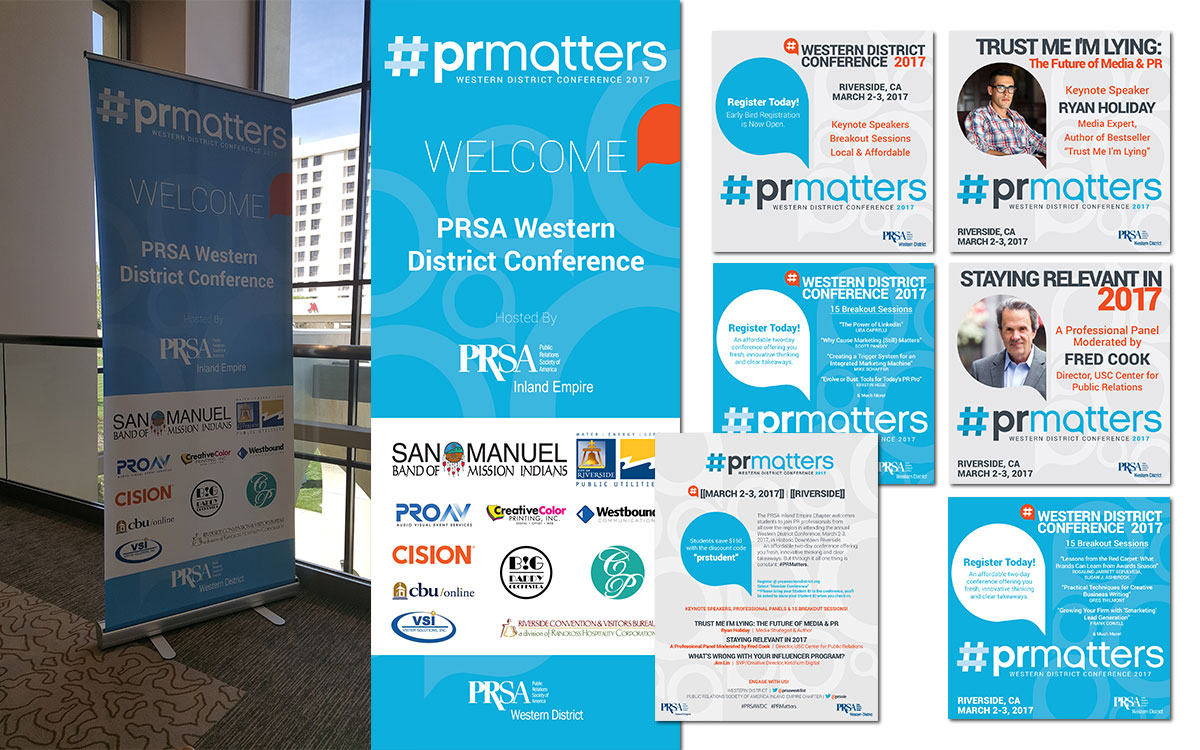 The Public Relations Society of America is the largest public relations organization in the world, with more than 22,000 members nationwide. The Western District is one of 10 regions established by PRSA and covers 11 chapters in five western states comprising of more than 2,200 members. The Western District Conference is held every year to provide a continuum of training, networking, advancing of the public relations profession and building of relationships between the chapters within the District.

One of the main sponsors, Reveille, a California-based marketing and public relations agency, supported the PRSA Western District Conference 2017 by providing a templated branding package to the Planning Committee. The Planning Committee needed subsequent layout and design assistance to build out the artifacts necessary to put on a successful conference.

We provided graphic design and layout services for the following digital and print artifacts:

We started with the branded base templates for the conference program and the speaker boards and provided custom graphic and layout design services to organize and build out these artifacts with the program information as it became available. Our involvement included actively working with the Planning Committee to perform updates and revisions until the print deadline. We also designed a pull-up retractable “welcome” banner with all of the sponsor logos.